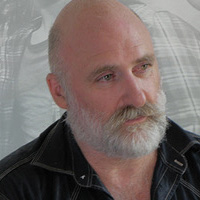 He has also directed over 100 hours of television drama, including Rush, Underbelly Razor, Phryne Fisher, Underbelly Badness, Hyde and Seek and Love Child. He co-wrote and co-directed the mini series Power Games for Channel 9, directed the film Nowhere Boys and directed Dead Lucky for SBS. As well as writing his own work he is currently directing the series Les Norton for the ABC.