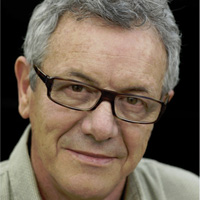 He was also in the first Australian ROCKY HORROR SHOW.

David's TV and film credits include MAD MAX and MY FIRST WIFE, and his multi award-winning performance in the TV mini-series WATER UNDER THE BRIDGE.

He is also an acclaimed VOICE OVER ARTIST.

David has also directed many TV Drama's including STATE CORONER, GOOD GUYS, BAD GUYS; his AFI-award winning episode of THE WAYNE MANIFESTO; the ABC's SEACHANGE; Jonathan M.Shiff's WICKED SCIENCE, and was Set-Up and Series Director for the undercover cop series STINGERS. David also
Directed many episodes of CITY HOMICIDE and was the Voice Director on the Media World/BBC/Disney Children's TV series DOGSTAR.